ON THE SUBJECT OF AFGHANISTAN 2021 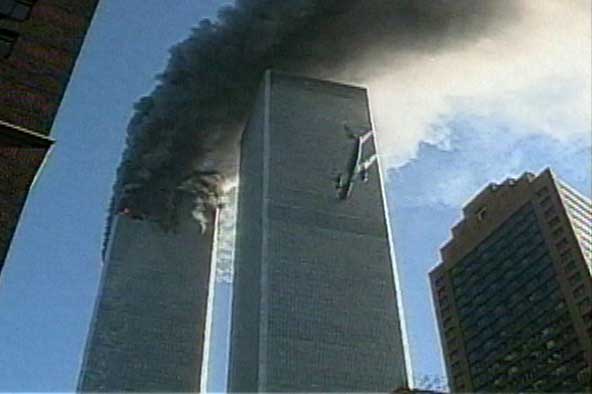 Today, 15 August 2021 the news headlines are not filled with Covid as the biggest news of the day. Today, it is Afghanistan. Specifically, the American pullout, the political decision to do so by this country, and the fall of Kabul’s capital city.

The problem, Afghanistan was used as a training and staging ground for the attack on New York Cities, World Trade Center on September 11, 2001. Further, I was the home base of the admitted mastermind of the attack, Osama Bin Ladin. Bin Ladin further used Afghanistan as a hiding place before moving on to Pakistan and funding terrorist planning and potential further attacks on western locations.

It was the stated intent, after the attacks, to go and find Bin Laden, destroy his ability to wage terrorist attacks and war upon the west and use in Afghanistan, what would otherwise be an innocent country for his purposes.

Thus the first mission was in response to the attacks and was fairly clear in the goal. In going after Bin Laden and his terrorist network, we would prevent further attacks in America and other locations around the world.

That was at the beginning, after the September attack.

I have had multiple emails, texts messages, phone calls, and in-person questions from people asking my opinion of the situation. The why’s and what’s of this rather important international and national situation. And the question of “was any of this avoidable?”

Those asking know that I spent some time in Afghanistan and Kabul during the American War on Terrorism there. Beginning from early in the war and in and out of the course of a few years. While I will say upfront, I am no expert on Afghanistan, beyond spending several deployments on the ground over the course of a couple of years. I am familiar in a way that most, and those asking me the question, are not. To be clear, I was there during the early stages, best described as during the early actual war period. There were changes for the better and the worse during my time, and certainly after. But there are what I believe to be, some realities to be cited.

First, circumstances in the country and in Kabul itself were never good. The night I flew in the city was blacked out. Not by choice, but instead by circumstances. There was no power. There were few, almost to the point of counting them on your hands, few city street lights…heck, I might say there were none. Building and residential lights…there were none as well. Anything lighted was done so by vehicle lights, flashlights, and fires lit by locals. It was, with the absence of a moon to shine modest lighting, a city almost blacked out! Almost primitive!

Second, by the time of my arrival, the U.S. lead coalition of NATO forces had modest control of the city. The U.S. and NATO had a working relationship with the sitting government lead by President Hamid Karzai. There were Afghan police and military, such as they were. Which is to say, sadly not very useful, perhaps even corrupt and dangerous on their worse days.

I describe it to be modest control because one could not be certain who the bad guys were in the city, from what hidden in city hideouts they might be holed up, and who and what they might target on any given night or day. Further, we foreigners in the country were deferring to a large degree and control of the city. President Karzai was the elected (if you will) leader of the ‘country” again, “if you will,” since his strongest influence was almost completely limited to the city Kabul itself, with the active support of American military forces.

Outside the city, battles for control still raged between our various military forces and the ragtag, but still effective Al Qaeda, later to become Taliban forces.

The country was and is, highly divided into small territories that are mostly controlled by clans or tribes lead by warlords that were largely ethnically unique to the country. President Karzai’ control over those warlords was empowered mostly by agreements paid for in U.S. cash, large amounts for little return or guarantee.

Third, and this might be my most controversial opinion on this subject. There was never a realistic hope for what we in America would seek as a possible lasting chance for peace in the country.

From the beginning, the mission, based on the September 11 Terrorist Attack was to seek and find the terrorists responsible, to locate and destroy local and international terrorist networks, and to prevent Afghanistan from continuing to be a “safe haven” for terrorists. One might add more specifically, to find and bring to justice one Osama bin Laden, thought to be the mastermind and financier of the attack.

You might ask, you should ask, was such a goal, a reasonable one? My answer would be, conditionally, yes.

But you would have to factor in a few key points. There was a decision made on high, that there had to be a local and ethnic face to the mission. This is to say we wanted a local Afghani face upfront. Their warriors, working with the “support” of our military. Decisions for operations required that the Afghan military took the operational lead.
At the beginning of the conflict, their warriors were made up of experienced but untrained Northern Alliance (NA) fighters, with title fighters taking precedence over the title soldiers or military. There had been no structured or organized training of these NA fighters. They were at times fierce, but also at times (often) unreliable. And there was the question of their motivations, and their goals and our goals not being in sync.

CUTTING TO THE CHASE…

The changes, what we were doing, how we were doing it, and where we were going, changed. That change came with the pivot to Iraq. Also, the limits and executed failures of working with a fractured NA, caused missed opportunities that might have lead to reaching the original intended goals and mission.

An added roadblock to anything resembling success was the political and governmental situation in Kabul with the President and the various Warlords around the country. No one could be trusted. Fraud and corruption were rampant.

For every dollar provided to the Afghani’s one could at best hope to see perhaps cents reaching the intended purpose. Monies given found their way into the pockets of…who knows who between government officials and warlords.

Another overarching problem was the cultural and civic environment in the country. The people of the country, whom I found to ofter be very nice when you could get one on one without conflict, were very nice, simple, seeking only to survive. They were resourceful, even if primitive in their reliance on broken, damaged, and disregarded materials. But the men were uneducated and untrained in supporting any development of infrastructure, and the women were forbidden to work, beyond maintaining a household…if you could call them households. Living in bombed-out buildings, and structures made of dirt and odd pieces of rare wood (there was not much wood due to the Russian war seeing so many of the trees burned, bombed, or cut down. And the women and children were not allowed to be educated.

This text could go on and on, with almost no end in sight. Things were far worse than I can put into a blog that should not be better suited for a book.

Wrestling the Warlords and tribal groups into civilized governmental communication with an elected central government…not so realistic a goal. The Warlords would not willingly give up control of their clan/tribal groups and lands. Also, those lands were often the location for the only commercial product produced in the country, opium.

Be warned, this is a fairly long read as well:

We were never going to accomplish establishing a stable democratic government in Afghanistan. The best we could hope for would have been a government lead by a council of Warlords, acting like Governors of states, working cooperatively with a central government lead by a Senate or Congress-type body. But while all of this closely including cooperation with some form of a religious body, because the country is strongly influenced by Islamic ideology.

Hovering on the outside, but in close proximity would have been some form of United Nations body, perhaps with an Islamic coalition in place, to keep the peace…in theory!

The pull out taken on by the current American government, whether from the Democrats or the prior Republican administration would have had to overcome all these, and likely many more obstacles in hoping to gain peace in this primitive, war-torn country, whose citizens are but victims of a global tug of war.

Yes, we would have had a continuing long-term presence in Afghanistan, until such time as the country became self-sufficient, educated, and found a legal, viable product the world desired. Think oil or some minerals that the world needs.