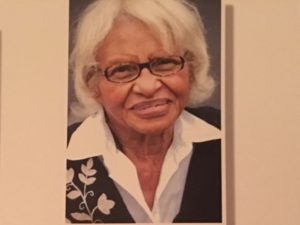 Though the existence of this day is somewhat arbitrary, as in probably some guy came up with the idea…

ok, I was wrong, thank you Anna Jarvis!

Let me start again, It is Mothers’ Day, 14 May 2017. If you haven’t already done so, find her and tell her! Unfortunately, as I write this blog I have not yet spoken to mine. My dear mom is resting in a Care Facility, suffering from…confidential information! She doesn’t know who I am. On the best of days, she thinks I am some nice young (!?) man who comes to visit, strokes her forehead and says, “I love you.” I will say to you, go see your mom and give her the due honor and affection. One can never know, it may be one of many more, or it could be the very last.

And that is important to note. We are only guaranteed this very moment, each of us.

Suffice it to say, if it were not for mom, the me that is sitting at this desk struggling to write something relevant, would not be here. I owe my birth to mom…and of course to God, as my belief system goes.

My mom is/was, not perfect. And you guessed it, neither am I. Her imperfections do not matter. She did the best she could under extremely difficult circumstances. But my mom raised me almost exclusively as a single parent. She was mother and father. I had a couple of step fathers along with way. I will respectfully leave them out of this dialogue. But almost all my life the greatest and most constant influence was mom. She worked day and night to provide a roof over our heads, food on the table and a reasonably safe place to be. She wasn’t there all the time. But it was mostly by necessity and obligations. She was dutiful and resourceful. She was always trying something new. She worked most of her life that I was aware of, in the aerospace industry. She got a very modest pension from the Boeing Corporation. Not much, but she earned it and it comes as promised each month. At one point in her working life she started a modest, what she called antique furniture store. It was called “CooperSmythe Antiques.” A bit of liberal license taken with the antique part. She had some old pieces, but if we are to be fair and accurate, many things were just old, and a few were “antiqued,” if you will, by her, or me. But she did it. It lasted for several years on the west side of Los Angeles. She made a very modest profit, working mostly on her own. I stopped in occasionally to give a few minutes of support, but not, in hindsight, as much as I wish…

She lifted big boxes, heavy boards, heavy tools and objects. She sawed, cut and sanded, she hammered and screwed things together…she worked and built stuff. And people bought it and liked it. I had little to do with it. At that time, she did this and also managed to, as stated before, put food on the table, pay the bills, put me through college and eek out a living for us. It didn’t last forever, her husband, my second step-father, became ill and she took the time to care for him. It was both a blessing and a hardship, as he added some value to her life and mine. He eventually died, may he rest in peace. She gave up the store because there was only her, or me to continue it, and I, having my own alternate interests, didn’t want to take over the business. That is, what it is. Guilt ridden statement, but honest.

A few years ago, something started to happen. She was always a little eccentric, but this was somehow different. She began to say things that seemed a bit curious and sometimes hostile. She was suspicious and defensive. She often seemed angry. She didn’t get along with many people, but at the same time, she could be sweet and nice. Unfortunately, I was at that stage in my career when I was traveling trying to solve the problems of the world, everyplace but at home. I had finished my law enforcement career and was then working for the government, and thus, off in faraway places. It was during this time that changes were happening that I did not see or recognize. She was changing.

Details on that are not necessary at this point. But I will say this. If your mom can see you, can hear you and you can reach out and touch her…do it. Heck, if she cannot, but you can, do it. Give her your love. Say, I love you. Touch her like a child should touch their loving parent. Speak to her like a child should speak to that person that gave them life, provided for them, helped to educate them and protected them from the monsters under the bed.

In the end you will realize that they deserve it, you owed it to them, and it feels good to do it.