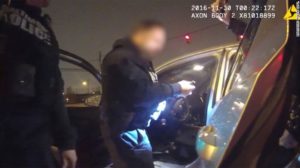 Perhaps you have seen the video by now, it is not new.  The image is a body camera video of Baltimore Police Officers, conducting an arrest and search, discovering narcotic evidence.  This story follows one only a short few weeks ago, in which what appears to be an officer, also discovering evidence, but also reportedly showing that same officer, possibly planting that found evidence.  At this point I do not know the final analysis and outcome of the investigation into the “facts” of that arrest, search and allegation, but, is remains active as this new incident becomes public.  Not great timing for the Baltimore Police Department.  Not great timing for the officers involved in the earlier incident under investigation.  Not great timing for the officers in this new incident.  And for that matter, not great timing for Law Enforcement nationally.

So, what do we make of this?  Well, to be most appropriate to the integrity and benefit of the “truth,” the arrested person, and the officers involved in the prior and current case, we need to let the investigation take it’s course without prejudice and too much speculation.  Having said that, but in the interest of serving that goal, I offer this post.  And I suggest this very, what I think is reasonable request, let time and the investigation run its course to the true and final outcome.  Without question, there will be some who will suggest the investigation cannot run its course with the investigation being conducted by the very agency that is directly involved in the alleged corruption.  To that, I suggest that the visibility that has occurred with this and the prior incident, it make it difficult for those that might want to forward a corrupt investigation, covering up or obscuring the truth, will be especially difficult.  And that is the best thing.  This opinion going back to the much talked about concept of visibility and oversight.  So, yes, let there be light.

What I ask for, even if you will, pray for, is that God’s will be done, and the truth bare out.  Along with that public opinion be withheld in making judgement on the Baltimore Police Department and Law Enforcement in general.  In this day and age of Black Lives Matter, the attention on public perception of our current political leadership in Washington D.C. and the various opinions about the status of race relations and criminal and judicial system, we need patience and trust.  We need the system to work.  When fault and failings are found, repair, make necessary changes and adjustments, review related training and oversight methods, and ensure that from the standpoint of Law Enforcement, particularly in Baltimore, we see that both the officers do their part, and management does their part.

We should also remember that there is even the slightest possibility that it could be found that despite the appearance of corruption can be seen in the video, it could turn out to be a legitimate and professional discovery of evidence and arrest.  Without the final analysis of the facts, today, we simply do not know.

And it should not be overlooked that there is an equal responsibility for our citizens to make a similar effort to not put themselves in the path of Law Enforcement, by their actions.  When we immediately go to the presumption of police misconduct, with the demand for police training, we miss the element of how our society needs to also make it difficult for police to make miss-judgement of what they are observing that leads to an investigation.  In other words make it hard for the police to put you in their radar, and it makes it less likely for you to encounter that officer that needs training, integrity and oversight.

Living on the West Coast, in a city like Los Angeles which has historically had a high level of crime, I have never attracted the attention of any of our police departments.  And it should be noted that while it is true I spent a large part of my life in Law Enforcement, that did not provide me with some “get out of jail free card” to not attract police attention.  The police I have been exposed to across America, did not know I was police, any more that they know anything about most every other person in America.  It was my actions, or lack of suspicious conduct, that ensured that I did not attract the attention of police.

If the Baltimore Police are found to be at fault in one or the other of these two incidents, then right is right.  Actions and corrections should be taken to address this problem.  To my understanding, there is no such thing as “re-staging” the finding of evidence, as has been suggested in the first incident and spoken of in the preliminary statements about the second.  Please Baltimore Police, and police across America, get this right, restore integrity to Law Enforcement.  Please American citizenry, do your part to keep crime from being the problem that it is today.