Your Safety and Security…Cop’s Leaving the Job

OK, I said it in a previous post…”They Are Shooting At the Police, Your Police, People!  25 April 2017.  The story is spreading and the crisis is building.  Check out this posting:

Your Safety and Security are under attack! 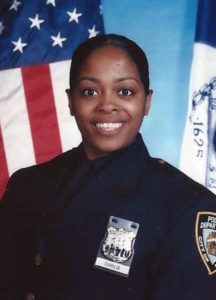 In the current climate of attacks on police by segments of the communities across the nation, and the feeling covering the last several years of a lack of support by communities and the leadership at both the Federal and Local levels, potential recruits into law enforcement are re-thinking their choices.  Far too many are choosing to look elsewhere when they do choose.  Are we loosing the good one?  I don’t know, but the greater the number of recruits to choose from the better the final pool of hires you end up with, at least in theory.

The most recent example is the ambush of the NYPD officer, shot while seated in a command post vehicle, killed instantly.  A female, a mother, a daughter, and generally agreed to be a fantastic person, now gone.

While it is true that there can be complaints to be suggested for some actions by police as noted in the news far too often.  It should also be noted that first, the responsibility for how an encounter between persons, cops or citizens, is a two way street.  And second, all the responsibility for change or societal fixes are not the sole responsibility, or on the shoulders of police.  By this I suggest, if officers are encountering resistance and hostility in the vast majority of their public interaction, you can expect that the officers are going to go into those encounters with expectations.  It is only human.  And officers, let’s not forget, are humans!

An excuse for misconduct.  No, not!  Just a valid point that is not being considered.  When ever an incident occurs, everyone is ready to jump on the “police misconduct gravy train.”  “A need for police training!”  Well, what about the conduct of the citizens these officers are encountering.  What if the crime the officers are responding to, did not happen.  What if the person that comes across the police acts in accordance with the good conduct that they expect from the police?  Isn’t it possible that there would be less opportunity for the police to act in bad conduct as well?  I think…no, I know so!  Everyone contributes to the outcome of a circumstance.

I am just suggesting that there is an alternative to the current dark cloud being put over police, as if they are solely responsible for the conflict that is being experienced across this great nation.

My opinion, since that is what goes on, on my blog.  Is that we need some serious attention to good parenting, good mentoring, keeping fathers and mothers in the home doing good parenting.  Community leaders and religious leaders leading the call for education and mentoring beginning in the home, at church, at community centers and places of learning that focus on good citizenship.  The result of this is that more good people are developed, many of whom may become officers, but more broadly, better citizens are developed.  Less conflict, fewer calls for police service.

And best of all, fewer, or better, no more Officer Involved Shootings (O.I.S.), no more Uses of Force (UOF), fewer complaints, fewer citizens feeling as if their rights had been violated.  Heck, this could result in putting police out of business!  OK, a bit of a stretch, but you get my drift I think.

It is all of our problem and the need to fix it falls on all of us, not just at the police.