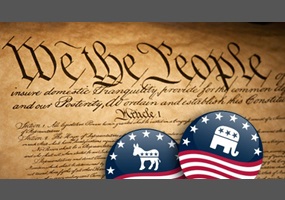 With all due respect to any of my modest number of readers from lands far and wide, I intend this post to be for citizens of America. All of you who are not may well have valid observations to contribute but I would prefer to keep this an inhouse discussion. Thanks!

Those of you outside the U.S. feel free to have your own discussions, based on the possibly unique circumstances going on in your piece of this lonely watery rock in space…Earth. And feel free to start a separate dialogue on the subject, I would be happy to participate in a mature and polite exchange.

So, let’s begin with a hoped and prayed for understanding. That is; 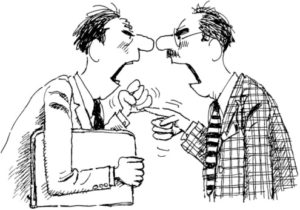 WE DO NOT AGREE!

What and whomever you are, wherever you are in America, it is clear, we do not agree. This is to say, Red states disagree with Blue states, or in other words, Democrats, you disagree, Republicans, you disagree, Independents, you do not agree, nonvoters, I guess, you do not agree as well. Northerners versus Southerners, Midwesterners versus West coasters…speaking particularly of California-ers! The vocal angry demonstrators and the silent folks sitting on a front porch drinking a beer. The Hollywood “A” listers and the New York Broadway social clan. We are all different and all have differing views on just about everything, evidently. Imagine a world…

So, if we can all take a deep breath and listen patiently, go to our happy mental place, read and respond with words that are thoughtful, not emotional and in our best civil and helpful voice, that would be great. We could, in that manner, begin a process of coming to a more common understanding than we have in the last decade, or more.

Let us begin with some numbers, albeit unofficial: the approximate population in America is:

This may or may not consider legal or illegal occupants, doesn’t matter for this discussion. The most recent tabulation of voters in the 2016 election:

Again, this may or may not represent accurate number, yet another area of disagreement today between the counters, our political/social parties and you and me.

That means that approximately…a whole lot of people did not render a verifiable opinion in the choice made, President Donald Trump, as determined and elected by the Electoral college, and Hilary Clinton by popular vote.

Can we agree that the Electoral college was in existence before the election? And it was, at the least, by acquiescence, the accepted method for selection of our presidents. The Electoral college system was built into the law and practice by our political forefathers, old guys with beards and long hair or wigs, not me and not you.

Can we also agree that over the many, most recent decades, the selection of one and each candidate was disputed! Whether selected by a large or small margin, the losing side was unhappy with the result. Thus, for the term of the winning candidate, there was that other side having issue with decisions made by the winning candidate.

With those things being at least reasonably accurate, we should note that if you are reading this post, and it is June 2017, that means that we are still alive. The issues considered by the loosing sides each election may or may not have been valid, but in the end, again, I point out that we are still here. None of the past candidate’s terms resulted in the end of our country. You may not like how it was over the last 4 to 8 years, but it, and you are still here today…albeit, arguing!

So, the long-winded point I am trying to make is this…we can survive. So now I offer my opinion;

How well, depends upon things I will suggest as this post continues.

I am continuing in a second half of this post that may get under some skin…please read on in Part II.