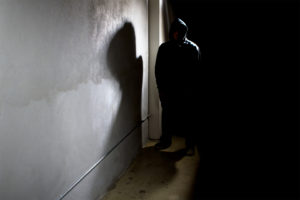 hooded criminal stalking in the shadows of a dark street alley

So the investigation and after action analysis begins on the latest attack by someone being identified as a Terrorist. The suspect has in fact, been identified as a male British citizen and also described as a terrorist by British authorities. The weapon involved was both a vehicle and a knife. It can be said that the added weapon was hate and the suspects own life. That, since it can be said that hopes of escape could be considered unlikely, and so either capture or death was inevitable for him. So what are we left to consider, here in the United States.

We need not look further than some recent suggestions or statements by terrorist organizations and expert analyst of the incident. The link discusses one such opinion though not necessarily suggesting America is targeted. But do we need to be told that the U.S. is targeted? I would opine the answer is no. How different is the political/social environment in London than any other major city in the U.S? Again, I would suggest the answer is not so different. In London they have certain areas of large Islamic population. What part of that population is, or is becoming radicalized? I, and they, may have no idea. So how about in the U.S? I doubt we have any idea as well. So should we expect the possibility of similar attack methods? Specifically we are talking about so called lone wolf attackers, acting alone, using off the shelf or improvised attack methods (i.e. a knife, a vehicle, their body) and with associations and complicity difficult to identify. So there you have it. Is that a call for extreme actions on our part? Well, it is not my intent. Does it call for vigilance on our part? I am telling you, yes, that is my intent. Not that it is need by law enforcement or intelligence officials. Does it call for actions by you, the general public in a major U.S. city? Oh, you betcha!

Speaking from the podium of my blog Your Situational Awareness 101, it is my intent and goal to awaken your awareness to threats both locally and globally. Further, in my association with other Awareness and security organizations (review my profile for more), there is agreement that the key to security of individual Americans and America as a country is the elevation and education of Awareness of our citizens.

Why would I suggest this? Not to promote hysteria or fear. No, it is because of the realities of life today. One such reality is this…they will not be there when you need them! By they I refer to our beloved and respected First Responder’s. That is, our police agencies, our intelligence agencies and our military. Yes, they may be on the alert and watch for known suspects and potential sites for attacks. But that may be limited to the key word “known.” They simply cannot know everything. That is one of the difficulties living in a free society. We do not live in the world depicted by the movie “Minority Report”

In that movie they had the ability to essentially look into the future, learn who was planning or was inevitably going to commit a crime and respond before the act and stop it from happening. Nice idea in concept, impossible in today’s technical capabilities, and perhaps unethical in today’s state of social and political conflict.

Our agencies as mentioned do a great job at what they can. But alas they are far too often, First Responder’s, which means by definition, they are acting after the fact. The terrible event has already occurred. People are already injured or dead. This is not necessarily a failure on their part, but rather a reality. They do not know what they do not know. The best efforts at discovering the unknown involves the heavily restricted collection of intelligence by the various methods. Each method requiring, and rightly so, regulation, limitations and monitoring for integrity.

So where does that leave you? I suggest, no, I implore you to seek your own level of necessary Awareness! Watch your own, and your family/loved ones, backside! I teach Situational Awareness because that is what is needed in this day and age. Situational Awareness is what special operators, spies and well trained people use to avoid threats before they happen and to achieve success in covert missions.

It is what I used in my career of the same areas. It is what I taught my daughter as she grew up in this challenging and sometimes threatening world. It is what we in the Awareness world know may be the only way you can add some level of assurance that you will be less likely to be a victim of an attack, whether it is terrorism or crime.

My heart goes out to the victims of the London attack, and for that matter victims world wide. My heart goes out the families who are left to digest and move forward after such events. My hope goes out the governments and societies around the world that must find some way of mastering the safety of their people and countries. My hope goes out to those who, for whatever reason, believe they have no other means for resolving their grievance or perceived circumstance. To them I suggest there are other ways of living in this world, much better than violence and death.

In the mean time, I recommend that you be ready, aware and on guard for yourself.